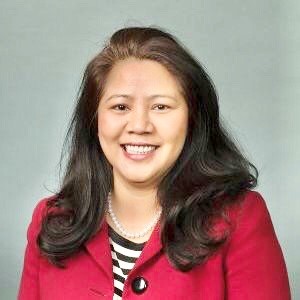 Asian American and Pacific Islander (AAPI) Heritage Month gives us an opportunity to pay tribute to generations of Asian and Pacific Islanders who enriched America’s history while being instrumental in its future. This month, NAMIC is highlighting a trailblazer who is instrumental in the growth of our industry – Evelyn Talatala, who came to this country with $100 in her pocket and made her dreams a reality.

Evelyn was born and raised in the Philippines. “Nothing was handed to me on a silver platter,” she said, but through hard work, tenacity, and perseverance, she has enjoyed an amazing career.

Evelyn currently works as the Director of Network Operations for SBA Communications. Before her current role, Evelyn held several prominent positions within the telecoms industry including, Vice President of Workforce Ops for Spectrum, Sprint, American Tower, and Windstream. She also served as Vice President of Network Business Transformation for Ericsson (wow!). With all she has done throughout her career, Evelyn never forgets her roots and where she came from … it motivated her to be who she is today.

AAPI month is very special to Evelyn, “To me, AAPI month means celebrating our heritage, who we are, and where we came from. It is also about acknowledging our contributions to this country, humankind, and the various industries we work in”. People like Larry Itliong motivated Evelyn to become who she is today, “We’re able to enjoy our rights because of the sacrifices of those who came before us have made” she said. Larry Itliong came to the U.S. in 1929 at the age of 15 and immediately began working as a laborer up and down the west coast. For the next several decades, Itliong worked as a union leader and formed several unions that led to fair wages and benefits for farm workers including the Filipino Farm Labor Union and eventually the United Farm Workers Union.    Evelyn is very active within her community. She is a Women in Cable and Telecom (WICT) member, served on NAMIC’s board of directors, and formed the biggest Employee Resource group during her time at Ericsson called “The Asian Connection”. When she is not busy helping others and advancing her career, she loves exercising and spending time with her husband and two daughters.

Evelyn, NAMIC – Virginia thanks you for your contributions to the AAPI community, telecoms industry, and advocation of diversity, equity, and inclusion! We thank you for being a member of our NAMIC – Virginia Chapter!